The Paradox of Government in South Africa

It was Marx that applied a public administration principle to the study of the economy. The value of a commodity is not given simply in exchange, but in how it is produced. Political economy pays attention to the process of how things are made, the conditions in the factory, the working hours, the wages paid. Strangely, we do not apply the same thinking when it comes to policymaking in government, says Ivor Chipkin, director of the Government and Public Policy Thinktank.

There are numerous economic plans in circulation in South Africa today. At the beginning of June the Gauteng government released its ‘Covid-19 and Outlooks for South Africa’s Growth and Development 2020-2030’. Shortly afterwards, on the 10th of July 2020 the African National Congress published ‘Reconstruction, Growth and Transformation: Building a New, Inclusive Economy’, a framework for a ‘new, inclusive economy’. The same day one of the largest business associations, Business For SA, released its own plan, ‘A New Inclusive Economic Future for South Africa: Delivering an Accelerated Economic Recovery Strategy’. Both came in the wake of the document prepared by the National Treasury in August 2019, ‘Economic transformation, inclusive growth, and competitiveness: Towards an Economic Strategy for South Africa’. Elements of the National Treasury’s plan also found expression in the Minister of Finance’s emergency budget speech on the 24th of June, which painted a picture of an impending sovereign debt crisis.

If we restrict our analysis to what is to be done we can readily agree with Carol Paton, one of the country’s more talented business journalists, that there much in common between them.

Ivor Chipkin, argues, however that if we consider how these plans are to be implemented the differences between them begin to emerge.

The ANC has interpreted the current crisis as one of continuing underdevelopment, which has “thrust onto the state a greater responsibility and role in the economy and society” (RGT, p. 6). As a result “government must take on responsibilities well beyond those which are asserted by the neo-liberal agenda […]” (Ibid, p.7). The ANC does recognise that “due to subjective errors the capacity of South Africa’s democratic state has been weakened” (Ibid, p.6). Moreover, it notes that “poor cadreship has resulted in the weakening of state capacity which has been compounded by corruption”.

Yet these admissions do not figure in the ANC’s account of how it will realise its plans, says Chipkin. The party merely states that they should be “overcome” and the rest of the document proceeds as if they have been. 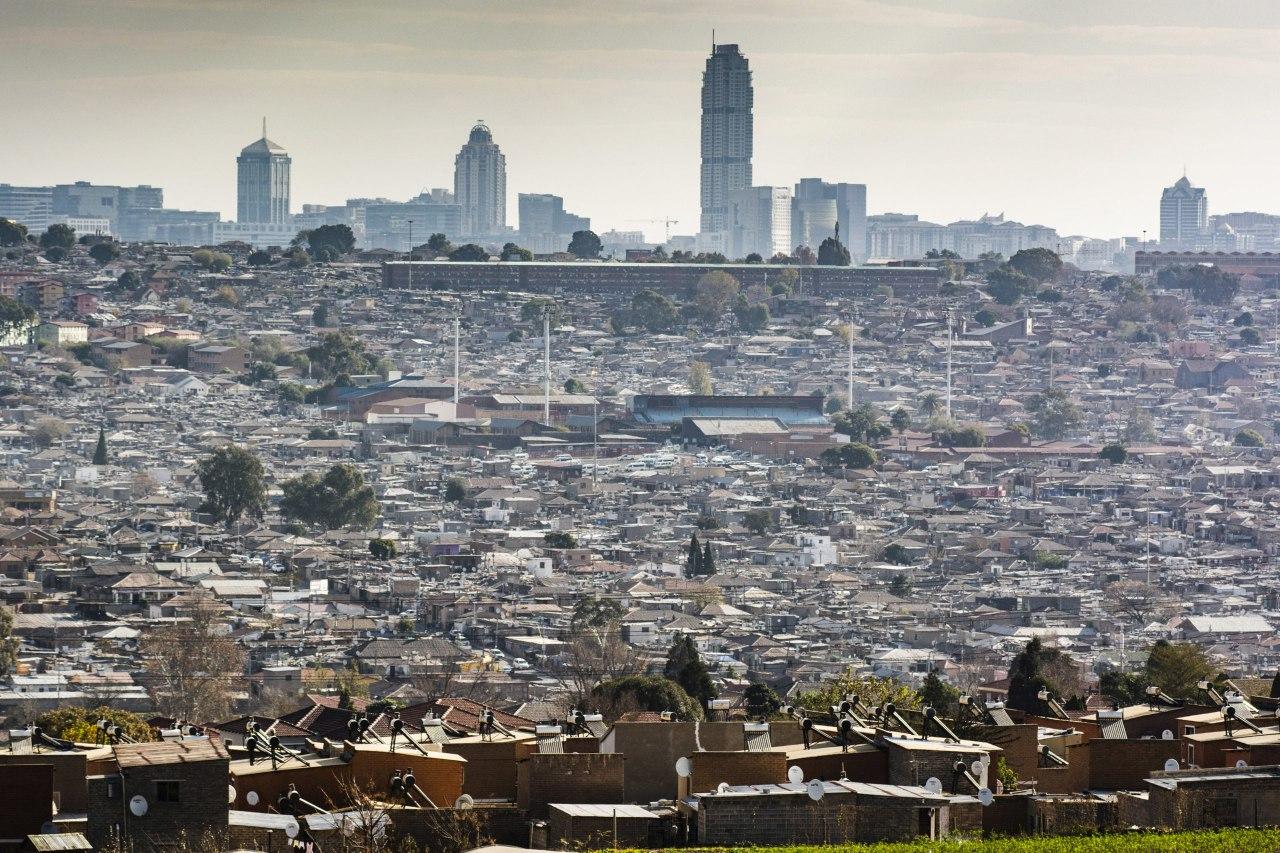 Business is deeply sceptical that government departments and SOE’s can rise to the challenge. This is why it looks to the international financial community to impose discipline and coherence on planning and implementation in South Africa. There is a major emphasis in Business For South Africa’s document, that is, on improving South Africa’s position in various global rankings, including the World Bank’s Ease of Doing Business index and the World Economic Forum’s Global Competitiveness Report.

The ANC’s model of implementation in ‘Reconstruction, Growth and Transformation’ jars with its own assessment of its capacity. In a discussion document on Organisational Renewal from 2017 the party reflected:

Why does it follow, however, that intra-party factionalism translates into factionalism in government, Ivor Chipkin asks? In principle political parties and government administrations are distinct domains. 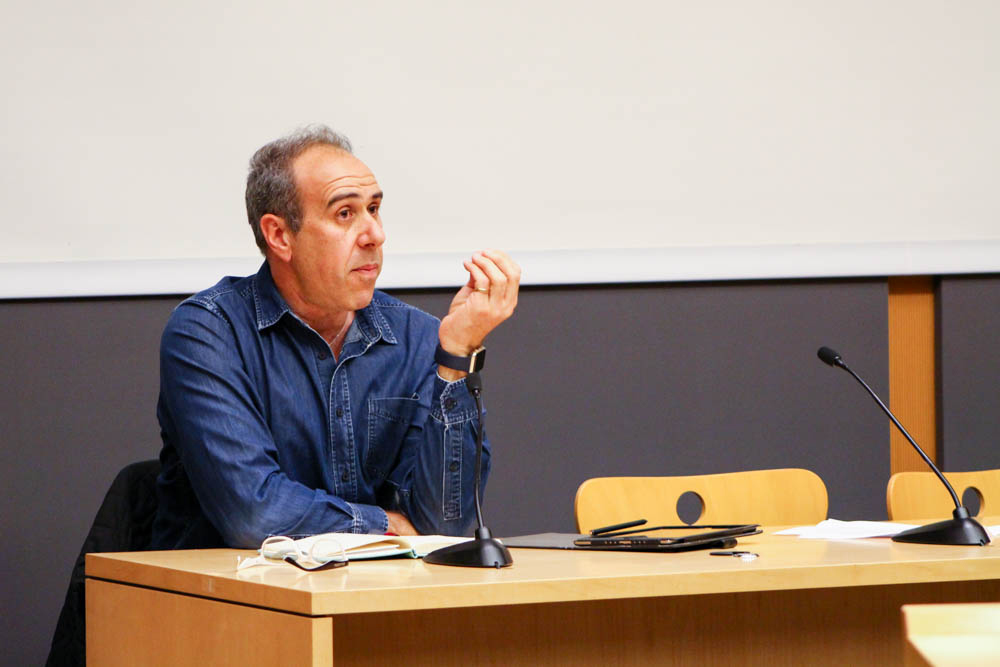 The reason lies in the porous boundary between the ANC as a political party and government by design, Ivor Chipkin claims. Originally deeply suspicious of former apartheid and Bantustan administrations to implement ANC policies, the ANC (especially under Thabo Mbeki) sought to bring the civil service under more direct political control. It did this a) by blocking moves to professionalise the appointment of officials on meritocratic grounds and b) by instituting measures to politicise the recruitment and promotion process of public servants.

In many cases these problems are well known. The National Development Plan discusses many of them. The problem is, who will implement the necessary reforms? How can the South African government implement the (economic) policies it needs to achieve inclusive growth when the departments and agencies that it must count on are not up to the task? This is a paradox of implementation. To it we can add a paradox of reform: the very people and institutions that create instability in organisations and politicise them inappropriately are often the people and the institutions charged with reforming them. Taken together, this is South Africa’s paradox of government.

Failure to acknowledge these paradoxes, which is prevalent in economic planning, is potentially disastrous, especially when there are calls to spend even more money through dysfunctional organisations, argues Ivor Chipkin.

Let us consider the case of energy. All the economic plans agree that Eskom needs to be fixed, though some emphasise the integrity of the power grid and others the company itself. Either way, the reform of Eskom is part of the solution. Current proposals are to break the company up. Will this solve the energy crisis in SA? At the same time Eskom must continue to generate electricity here and now. Who must decide what takes priority?

There is a new CEO and senior management. It is experienced, qualified and not obviously linked to any political party. It is also largely white and Afrikaans-speaking. It has also discovered an unspeakable mess in the company. The company is effectively bankrupt. Many of Eskom’s power stations are close to 50 years old and have been unevenly and poorly maintained over the last 10 years. Many are on the verge of collapse. In the short term they need to be taken offline for skilled repair and maintenance. In the medium-term they need to be retired. This will result in load-shedding. At the same time the company is riddled with factionalism and political intrigue. It was allowed during the 2000s to grow to over 150 000 staff, many without a clear role. Senior staff aided and abetted the fraud and corruption of the state capture years. It has been saddled with unaffordable coal contracts. According to the Eskom CEO, Andre de Ruyter, the immediate challenge for the company is to stabilize electricity supply.

The Eskom management is accountable to the Eskom board, which is appointed by the shareholder, government as represented by the Department of Public Enterprises. The President has also established an Eskom Sustainability Task Team. High on their agenda is the break-up of Eskom into three separate entities, one responsible for generation, another for transmission and a third for distribution. Ultimately, unbundling may be what is needed to bring stability to electricity supply in South Africa.

For the moment, though, stabilization and unbundling are different mandates, argues Chipkin. Which should take precedence in the current situation and who should decide?

South Africa’s future lies in a new political economy of government: concentrating on the factories that turn policy into practice: government departments, municipalities and companies.

Ivor Chipkin is the Director of the Government and Public Policy Thinktank. Ivor Chipkin is also the host with Toby Shapshack of a new podcast on politics, technology and government in South Africa, Africa and the Global South – Filling the GAPP.